The Iconic Rutland – A History

The Rutland Arms Inn has a colourful history, spanning over 150 years. Built in 1849 by Sergeant William Spiers-Russell, it has changed hands many times since, always catering for tourists, local residents and business people. The Rutland Arms Inn is one of the few city hotels to remain on its original site.

In 1868 fire hit the Rutland for the first time on Christmas Day, and completely destroyed the hotel. Within 12 months a new, larger Rutland Hotel rose from the ashes.

However, in 1880 and 1903 fire hit the Rutland again. In 1904 the proprietor Mr FC Faber, decided to rebuild the hotel as a three story brick building, with 70 guest rooms and shops and shops and offices for lease on the ground floor. The Murchison earthquake of 1929 and the Napier Earthquake of 1931 saw the original brickwork strengthened to withstand further quakes. But fire in 1946 saw the hotel severely damaged again, with the third floor and turret completely destroyed. These features of the hotel were not replaced in the rebuilding.

In 1966 Dining Room was redecorated in Wedgwood Blue and Gold in anticipation of the Queen Mothers visit. She stayed in one of the guest rooms overlooking where the Watt Fountain is now situated. It was a very proud day for the Rutland.

In 1986 the hotel closed and an auction was held of all the fittings, including doors and the staircase, leaving only a derelict shell for demolition.  Fortunately the demolition never proceeded and the property was purchased in 1993, by two local business men. With a strong desire towards preservation, a great deal of time, money and effort was spent restoring the Rutland Centre to its original style and atmosphere.

Today, the Rutland remains an iconic building in the heart of Wanganui, lending history and elegance to one of the town’s most prominent street corners. Known in it’s early days as ‘the finest hotel between Wellington and New Plymouth’ and a place where ‘professionals dallied, did business, and generally enjoyed themselves’, the Rutland once again caters for elegant accommodation and makes for a very enjoyable stay. 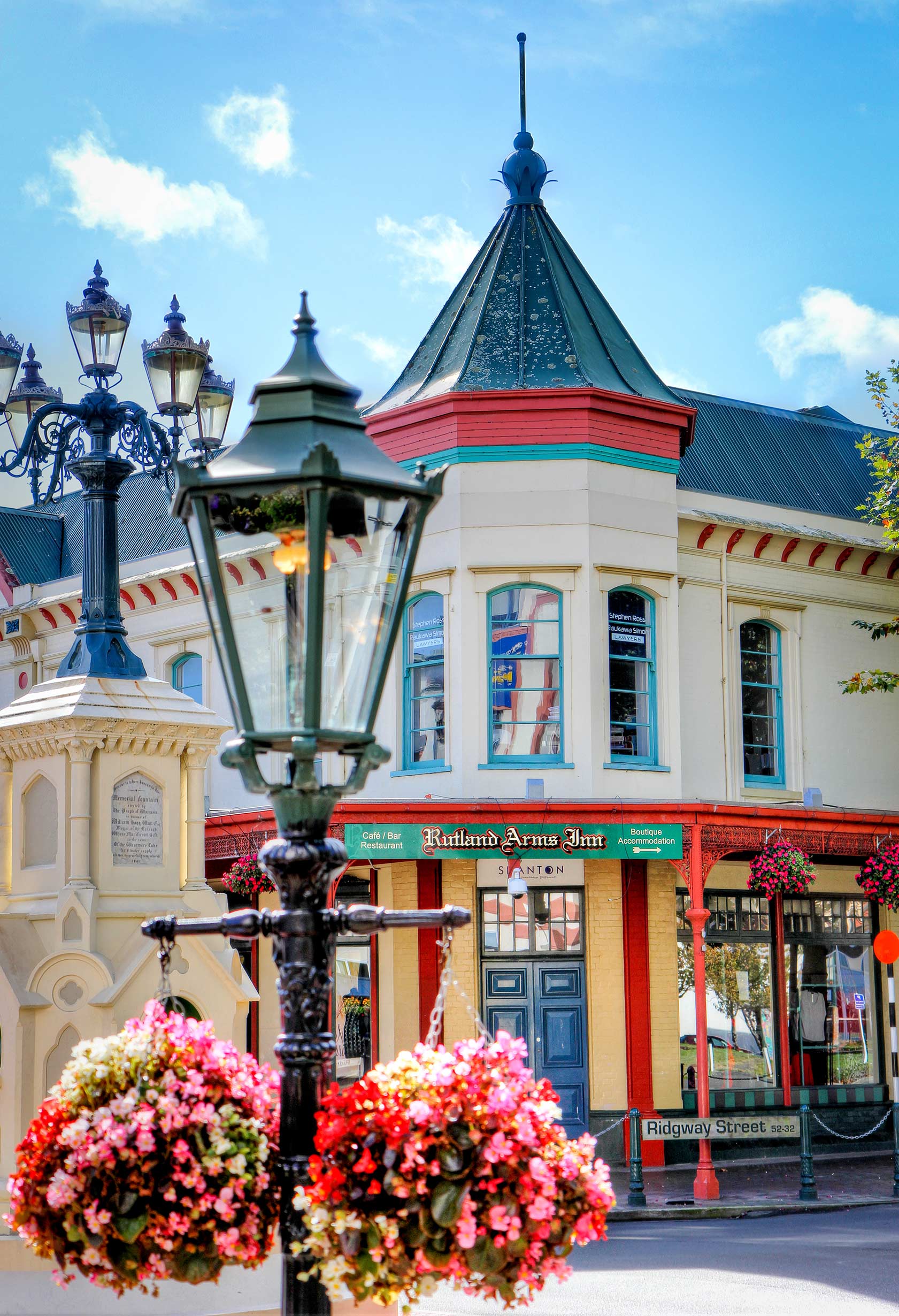